Trump Plans to Attend the World Economic Forum in Davos 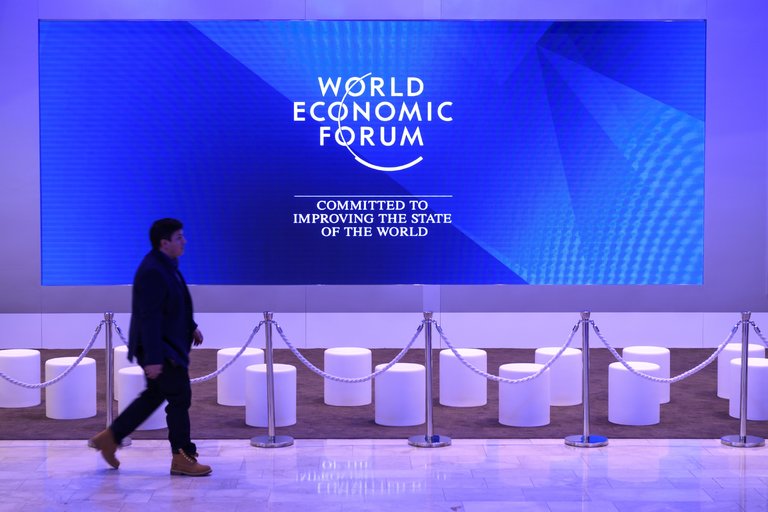 WASHINGTON — President Trump is expected to attend the World Economic Forum at Davos, Switzerland, in the coming weeks, an administration official said on Tuesday.

In a statement, Sarah Huckabee Sanders, the White House press secretary, said the president was looking forward to attending the gathering of world leaders and business executives.

Mr. Trump’s planned appearance at an event that is synonymous with wealth and elite prestige comes as he enters the second year of a term he won on a message of economic populism.

Presidents have rarely attended the forum in Davos, in part out of a concern that it would send the wrong message to be rubbing shoulders with some of the world’s richest individuals.

Mr. Trump won the 2016 election in part by attacking elites in the United States and promising to “drain the swamp” in Washington of lobbyists, corporate influence and members of the establishment — the very description of those who regularly attend the Davos forum.

The event in Switzerland is a global symbol of everything that Mr. Trump’s former chief strategist, Stephen K. Bannon, railed against during the presidential campaign and the first seven months in the administration.

But Mr. Trump has also spent a lifetime as a real estate mogul and television personality seeking to be accepted by the financial and media elite in New York and around the world. His decision to travel to Davos as president may represent his desire to prove that he has achieved that goal.

Some of Mr. Trump’s advisers were befuddled by his planned trip, coming a year after his team decided not to send a representative to the 2017 gathering.

A year into his term, Mr. Trump’s appearance at the forum is certain to highlight the clash between his America First agenda and the more globalist approach of some of America’s closest allies around the world.

Those disagreements have been highlighted during Mr. Trump’s earlier trips abroad, including arguments with European leaders about the need for action to confront climate change. Mr. Trump’s visit to Asia last year underscored his disagreements on trade issues with countries in the region.

Many of the participants at Davos are sure to embrace the globalist views that Mr. Trump has rejected, providing the potential for dramatic disagreements between the president and others at the meeting.

But the event — which often focuses on global economic issues — also will provide Mr. Trump with a platform to boast about the improving American economy, including the rise in the stock market and the low jobless rate.

The president has eagerly claimed credit for the economic improvements during his first year in office, and has predicted that the tax overhaul passed at the end of last year would accelerate those trends.

The annual economic forum takes place in the resort town of Davos high in the Swiss Alps, bringing together more than 3,000 members of the global elite in what has been described as the world’s most high-powered networking event.

Those who attend include journalists and columnists, Hollywood celebrities, researchers, corporate chief executive officers and other business titans, and some heads of state. Former President Bill Clinton attended the forum in 2000 and former president George W. Bush attended a meeting of the Word Economic Forum in Egypt in 2008. But former President Barack Obama did not attend the meetings during the time he was in the White House.

Founded in 1971 by Klaus Schwab, a German economics professor, the forum has become an annual meeting that includes dinners and over 400 panel discussion sessions, largely about world social and economic trends. Officially, it is an academic conference; unofficially it is a global schmoozefest for the rich and powerful.

The conference is still dominated by corporate executives, but the gathering also now attracts world leaders, some of whom use the venue as a way to hold less formal bilateral conversations.

Last year, President Xi Jinping of China attended the forum, which began just days before Mr. Trump’s inauguration, becoming the first Chinese leader to mingle with the corporate and media crowd in the mountain village.

In a speech at the forum, Mr. Xi portrayed his country as a global leader interested in free trade at a time that Mr. Trump was already calling for a turn inward. Mr. Xi challenged the incoming president not to forsake trade with the rest of the world.

“Pursuing protectionism is like locking oneself in a dark room,” Mr. Xi said in Davos last year. “While wind and rain may be kept outside, that dark room will also block light and air. No one will emerge as a winner in a trade war.”

The forum has also become a way to be seen with the growing number of global celebrities; last year, it was attended by Matt Damon and Forest Whitaker, the actors, and the singer Shakira.

Officials with the World Economic Forum, which takes place from January 23 to 26, said they did not know what dates to expect the president to attend. The White House did not say when Mr. Trump would travel there, or say whether he would make other stops on a broader overseas trips.

What is a government shutdown and why has it happened in America?

The US Loses Its Position Among the Top 10

How to quickly disable Face ID on the iPhone X

How to check if someone has read your email

It’s time for Facebook’s News Feed to explain itself